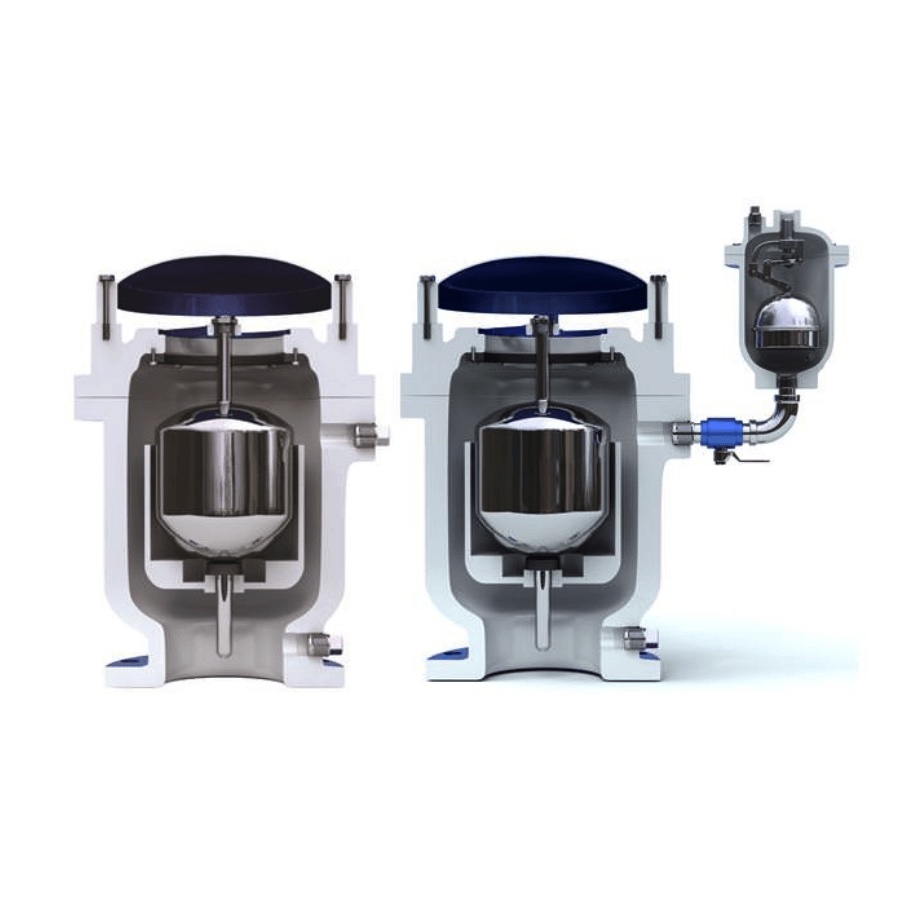 Why do we need Air Release Valves for Pipelines ?

Air in a pressurized closed-pipeline system can cause problem.  When air is present in a hydraulic pipeline, flows are erratic, unpredictable and have high head losses.

How does unwanted Air enter a piping system ?

Air in piping tends to collect at high points in the line when flow velocities are low. If the air pocket formed is large, part of it will be removed when the velocity increases. This partitioned air may or may not go through the system, depending on velocity, pipe size, and pipe down-slope. Air may only move into the sloping straight section and then return to the summit when the velocity decreases.

While it is impossible to totally prevent accumulation of air (or gases) within the piping system, the volume can be greatly minimized by installing Air Release Valves on pipeline high points.  DeZURIK offers several kinds of Air Release Valve types.  The most popular air valve is the APCO 55.

What is an Air Release Valve ?

An Air Release Valve is used to eliminate small air pockets that form at the high points of a pipeline and restrict flow. Air pockets reduce pipeline capacity and increase the amount of energy required to pump fluids.  Air quick release valves are a critical piece of equipment on process systems.

Combination Air Valves perform the functions of an Air/Vacuum Valve with an Air Release Valve.  Combination Air Valves, in either single to dual body types, are typically installed on all high points of a system where it has been determined that the functions of both an Air/Vacuum Valve and an Air Release Valve are needed to vent and protect a pipeline.