Valve selection is often based on criteria such as service conditions and piping considerations. However other undefined expectations may actually have a greater impact on valve specifications like startup and shutdown procedures, upset conditions, emergencies, shutoff and control capabilities.

Considerations for Valves That are Often Overlooked or Undefined.

Valve specification and selection is an important part of every new system design. Many resources are spent identifying criteria such as service conditions and piping considerations. Over time, requirements can change due to capacity, product changes and operational variations. These variations often cause problems in the system that require a broader analysis to resolve. 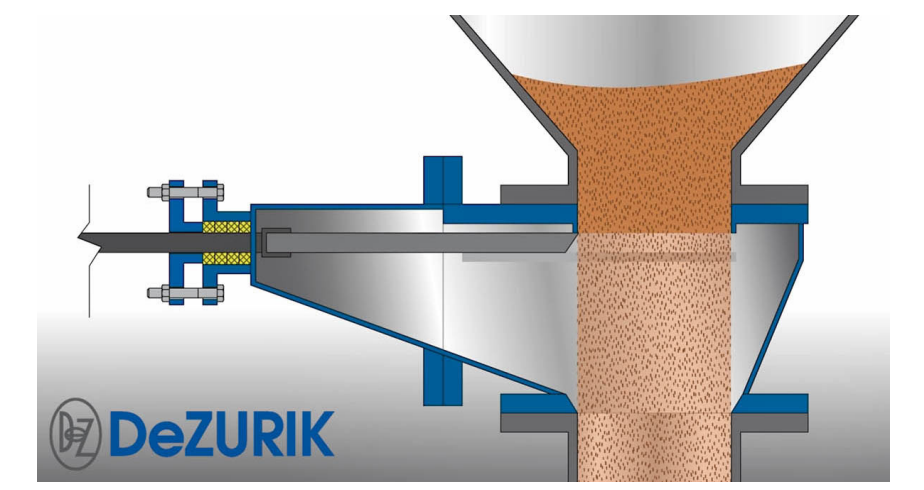 A specialized tapered-body knife gate valve has a displacement pocket fabricated into the valve body which enables the valve to close through a standing column of dry, packed material.

The PEC Eccentric Plug Valve was installed with the shaft horizontal so that the plug faced the flow when closed and rotated into the top of the body when open. Unlike the tapered plug valve, the plug in the PEC moves out of the flow path, allowing the green liquor to flow through the valve almost unobstructed when open. The valve internals are designed For isolating the green liquor from the slaker, the 12" handwheel moves the plug counterclockwise to the closed position. As the plug closes, it moves eccentrically toward the seat without scraping the seat or body walls, so there is no plug binding or wear. The rotating plug “cams” into the closed position and engages the integral body seat only during the last 5° of rotation.

Pump control is not typically addressed in specifying a control valve. It is common for startup and shutdown concerns to be addressed with a control scheme during initial system commissioning. Thus, the specification process usually does not account for short-term, potentially damaging, service conditions. As an example, a low- concentrate slurry may have little effect on standard control valve surfaces; however, during startup the control valve scheme may call for the valve to be slightly open to prevent piping damage from filling the system too quickly. During this interval, the slurry is eroding the internal surfaces, which degrades the control valve capability and life.

Many valve sizing programs allow for some flow conditions to be considered and predict damaging situations such as cavitation, flashing and noise. However, the startup or shutdown condition may fall out of the potential range capability of the valve selected to meet all other flow conditions. The assumption is that startup and shutdown are rare events and will not harm the valve. This erroneous assumption can cause startup and shutdown flow conditions to be removed from consideration, causing unexpected poor performance. 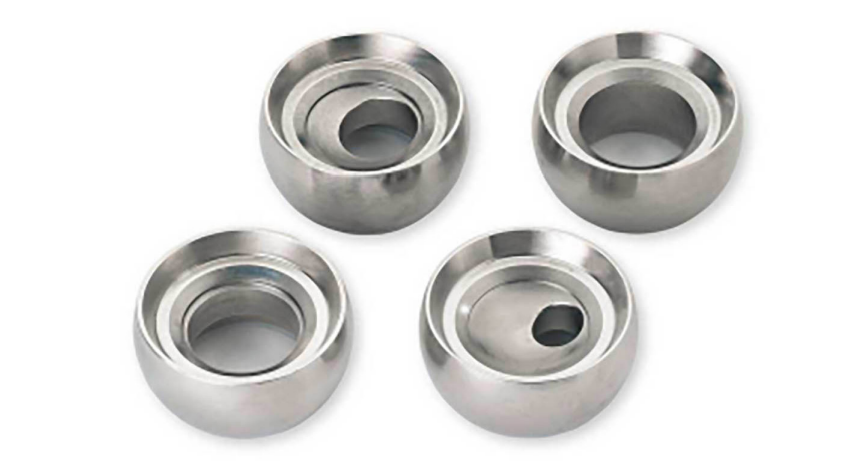 A rotary control valve with four interchangeable trim sizes allowed a mine to increase capacity and maintain accurate control without replacing the valve body.

Many control valves are equipped with a spring-diaphragm-style actuator that has a mechanical fail position. However, control valves can also utilize double-acting cylinders or electric actuation. These actuators will fail in “last position” upon air or power failure. Because terminology and understanding are not universal, it is important to clearly define what should happen during failure. For example, during power failure the valve positioner will lose signal, thus driving the output to fully open or close the valve depending on designation. Although the air compressor will also lose power, residual supply pressure in the system can continue to cycle the valve, causing an unwanted result.

Occasionally a control valve is sized for current conditions with the idea that it will also work for future planned expansions, alternate product runs, etc. This can end in unsatisfactory results as actual service conditions may be outside the ideal control range. A better solution is to specify a control valve with multiple internal, replaceable control components to accommodate the current application as well as a future one. Recently, a South American copper mine selected a rotary control valve that could be equipped with four interchangeable flow capacity ranges. This allowed the mine to install a common 2-inch rotary control valve body in its acid raffinate control on heap leach pads. When the mine was ready to increase flow capacity, it simply changed the valve seat, eliminating labor-intensive and expensive piping changes

Some organizations publish testing protocols and acceptable leakage rates for valves, including isolation valves. Valve manufacturers reference applicable standards in their documentation but typically do not publish the actual test criteria from the standard. Rather, they state whether the valve meets or exceeds the standard. It is up to the specifying engineer to understand the application criteria and apply the correct valve type based on the isolation capability requirement for the system. Additionally, manufacturers will often state shut-off capability in language that exceeds the minimum standard, such as zero leakage but again needs to be considered with their testing criteria.

A copper mine installed a two-inch rotary control valve body in its acid raffinate control on heap leach pads. When the mine was ready to increase flow capacity, it could simply change the valve seat, eliminating labor-intensive and expensive piping changes.

In addition to the common criteria listed on the application data sheet, a clear understanding of the isolation requirement must be identified. Does one of the testing standards clearly meet these application criteria? In the oil and gas industry, the API standard 598 is clearly understood and selection may be as easy as choosing a valve that meets that standard.

However, when considering a knife gate valve for isolation in pulp and paper, the decision may not be so clear. Under MSS-SP81, a metal seated, unidirectional knife gate valve is allowed to leak 40 milliliter/minute (ml/min) per inch of valve diameter with line pressure of 40 pounds per square inch (psi) against the gate. With an elastomer seated, unidirectional valve, the leakage rate must be specified or may refer to MSS-SP61, which has a lesser leakage rate. If the system has only minimal line pressure available to assist in seating the valve (less than 40 psi), then a bidirectional elastomer seated valve may be considered.

Requirements can vary greatly. For example, a metal-seated valve with an allowable leakage rate may be just fine with a 4% pulp stock slurry but would not be acceptable to isolate a sodium hypochlorite pump being maintained by a technician.

Loss of power and emergency shutdown procedures affect isolation valves also. The same concerns need to be addressed as with control valves, except that positioners are replaced by solenoids and manual overrides may be needed for more specific and critical applications.

Upset conditions (including pressure, temperature and media abnormalities that may occur during an upset event) need to be reviewed. Surge protection may be required for pressure upsets. Elastomer selection may be affected by temperature spikes. Slurries may settle and plug piping, potentially causing a variety of issues from spills to dangerous exposure. Valve selection can be altered if a normal flowing slurry or bulk media needs to isolate under a static condition or column of media.

An example would be selecting an isolation valve between a bulk feeder and hopper. Under normal flowing conditions, a standard knife gate would slice through the flowing column and isolate. However, if the bulk feeder stalls and the column fills, the standard knife gate cannot cut through the column of material to adequately isolate the feeder from the hopper for maintenance. Other possible solutions could be an O-port knife gate or specialized, tapered body knife gate with space fabricated into the valve body to displace the column of material.

Although common in the oil and gas industry, double block and bleed or double isolation and bleed valves are often specified for increased safety in all types of industries. These valves provide a detection port to verify acceptable shutoff from the isolation valves. Again, terminology, understanding and expectations can vary widely. To achieve the expected result, consult the manufacturer or its representative familiar with this style of valve and application.

Selecting the right valve for the application to achieve the desired result can be more involved than expected. Both current and future expectations must be considered and requirements communicated during the valve selection process.