A pulp and paper mill was experiencing routine operational challenges when isolating a green liquor process due to a failing tapered plug valve. Read this case study to learn how this problem was solved. 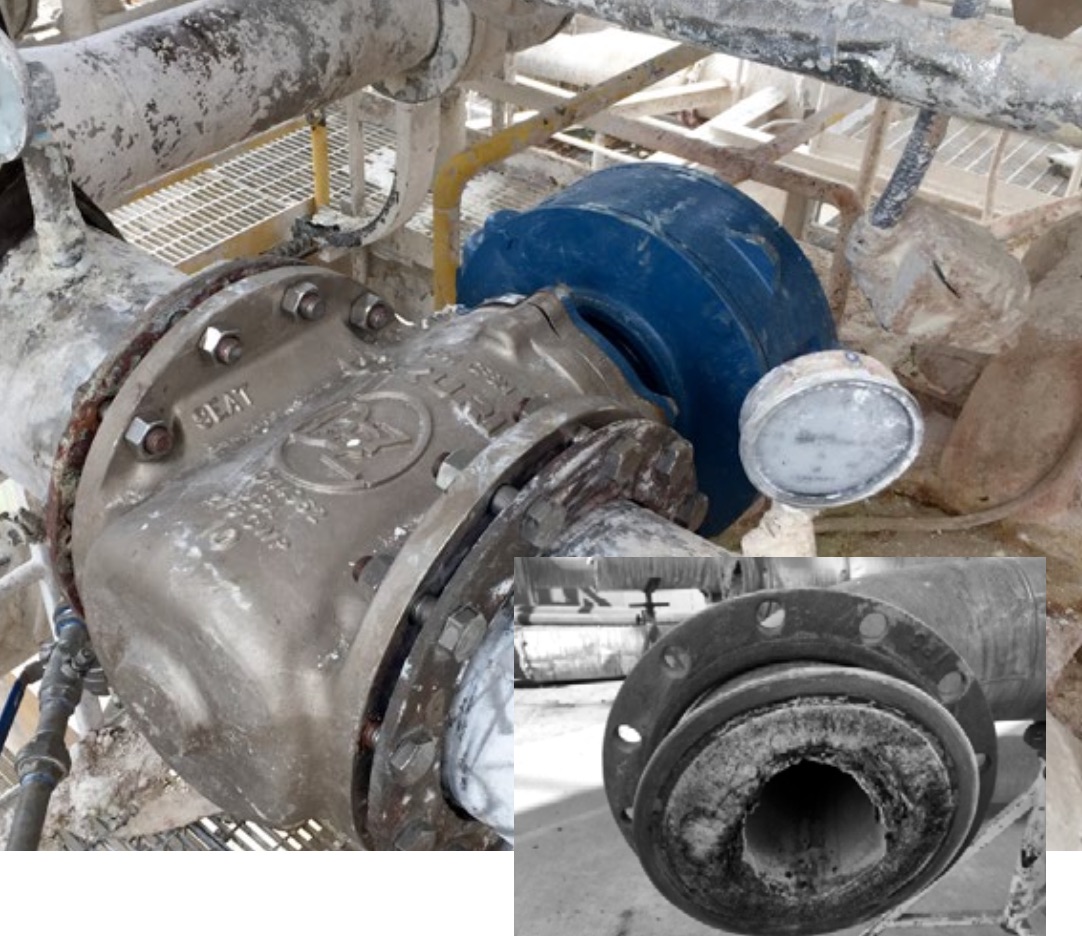 The 12" tapered plug valve was used to stop the flow of green liquor so that scheduled maintenance could be performed on the process slaker. Operators often used a 12' long bar inserted in the actuation mechanism to break the valve from the open position and close it.

The tapered plug valve was difficult to operate due to severe scaling from the green liquor recausticizing process. Smelt of Na2CO3 and Na2S from the recovery boiler is dissolved in water to form green liquor and often settles as scale in piping and associated process equipment. Over time the scaling can be severe.

During this process, the tapered plug valve would remain open to pass green liquor to the slaker. Over time, green liquor scale formed and compacted between the sleeve and the plug, making the valve difficult to move during the isolation process. The compaction became so severe during one campaign that the operator was injured trying to close the valve. Green liquor backed up in the water system and a process upset occurred.

DeZURIK provided a solution with a Stainless PEC Eccentric Plug Valve with raised face flanges. This configuration matched the face-to-face dimension of the tapered plug valve, so no pipe modifications were required. The valve body internals were treated with Nedox® to prevent green liquor from sticking. Nedox® is a hardened nickel-based, non-stick coating that provides surface lubricity and abrasion resistance. The stainless plug was also treated with Nedox.®

The PEC Eccentric Plug Valve was installed with the shaft horizontal so that the plug faced the flow when closed and rotated into the top of the body when open. Unlike the tapered plug valve, the plug in the PEC moves out of the flow path, allowing the green liquor to flow through the valve almost unobstructed when open. The valve internals are designed For isolating the green liquor from the slaker, the 12" handwheel moves the plug counterclockwise to the closed position. As the plug closes, it moves eccentrically toward the seat without scraping the seat or body walls, so there is no plug binding or wear. The rotating plug “cams” into the closed position and engages the integral body seat only during the last 5° of rotation. 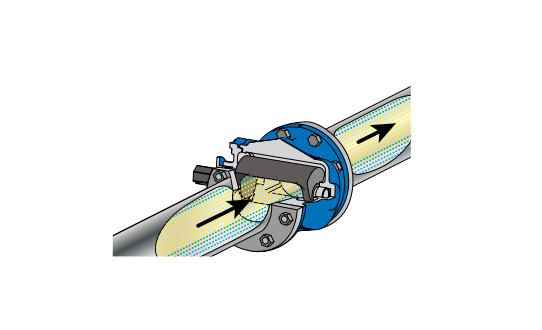 The internal design and eccentric action of closure are ideal for this demanding application. After more than a year of continuous service, the same operators that actuated the tapered plug valve described their new PEC as “the valve with power steering”.

What was once a risky and difficult procedure whenever scheduled maintenance was required is now easy and safe with the DeZURIK PEC Eccentric Plug Valve. 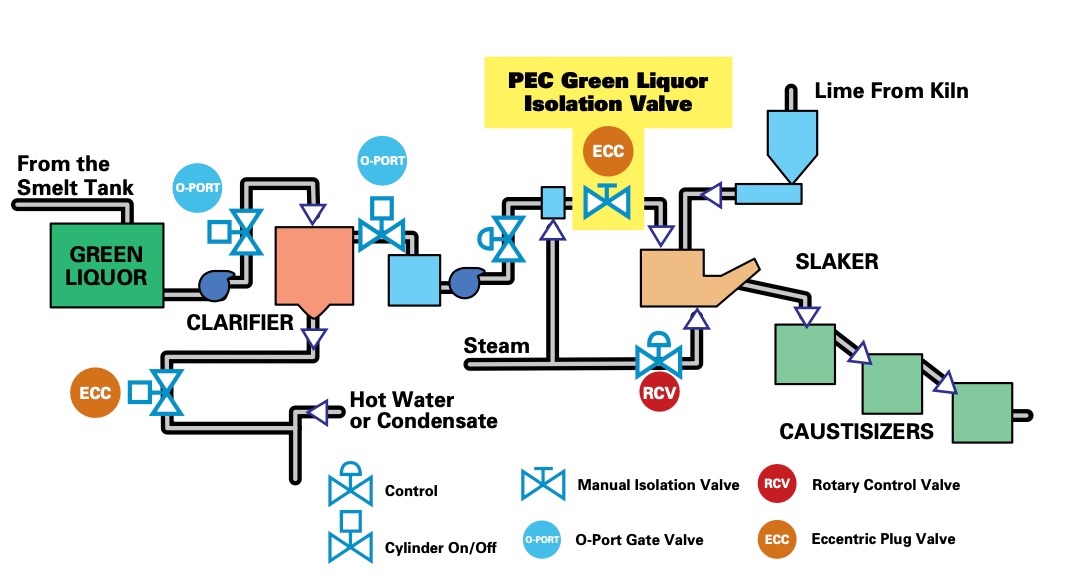